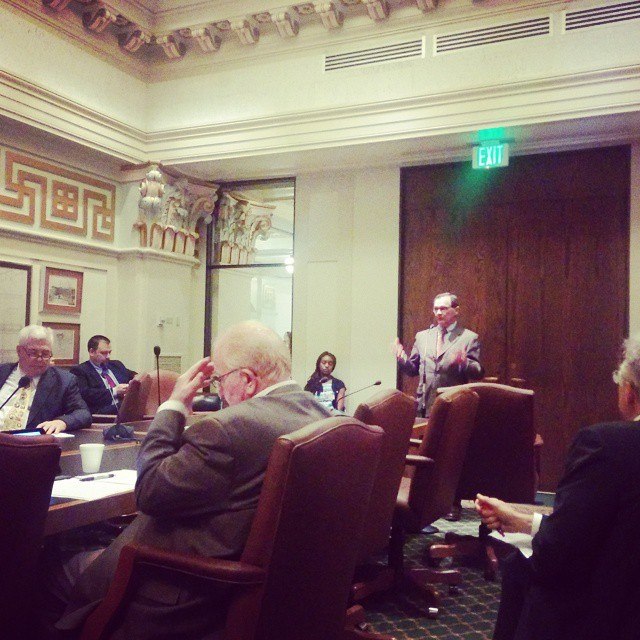 Today I joined OKGOP National Committeewoman Carolyn McLarty, Representative Bobby Cleveland, former Representative Mike Reynolds and a roomful of Republican grassroots activists from around the state in opposition to SB 233, the bill that would have moved Oklahoma’s primary into April.

We all gathered in the committee room at 9:00 am this morning to discuss and debate the merits of this bill. As a private citizen, I was able to officially testify before the committee as to why I opposed this bill. All thanks is deserved to the Chairman, Representative Paul Wesselhoft, for allowing open debate and public comments. Representative Wesselhoft is truly leading the way in this regard.

I believe in open debate about the issues. I believe that when we discuss issues as a party and allow for all sides of an issue to be heard, it will ultimately bring us together and unite us. In addition, I also believe, and our State Party rules reflect this, that if any legislation is proposed on behalf of the entire Oklahoma Republican Party that those debates must be made in the State Committee before any such legislative attempts are made. When we can discuss an issue as a State 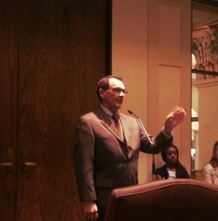 Committee and vote on it as a body, we can rest assured that we will have a united front when that discussion is then turned over to the public.

Various opinions of the new RNC rule changes have been circulating causing doubt as to Oklahoma’s standing in 2016. To clarify the confusion, please read the following RNC rules regarding this issue:

RULE NO. 16 : Election, Selection, Allocation, or Binding of Delegates and Alternate Delegates

Currently, Oklahoma’s primary date is set for March 1st 2016, which will be Super Tuesday. Per RNC rules, our delegates will remain proportional, therefore the only reason to move the date past March 15th is to allow for a winner-take-all delegation. Oklahoma currently allocates delegates to any candidate receiving at least 15% of the vote. Per RNC rules, the threshold cannot be higher than 20%. The Oklahoma Republican Party Rules are currently in compliance with the RNC rule changes and no attention by the legislature is necessary or required.

One can debate the merits of having Oklahoma as a winner-take-all versus a proportional basis, but that debate should be had in the State Committee before any legislation is presented.

As the bill stood and after the bill was debated on its merits, it failed to pass, 2-5. The reason this bill was struck down by the majority of committee members is because of your efforts and your phone calls. Grassroots activism works, and today you proved that to be true. Thank you to all who provided the insight and action alerts to defeat this misguided bill.

You can join us using